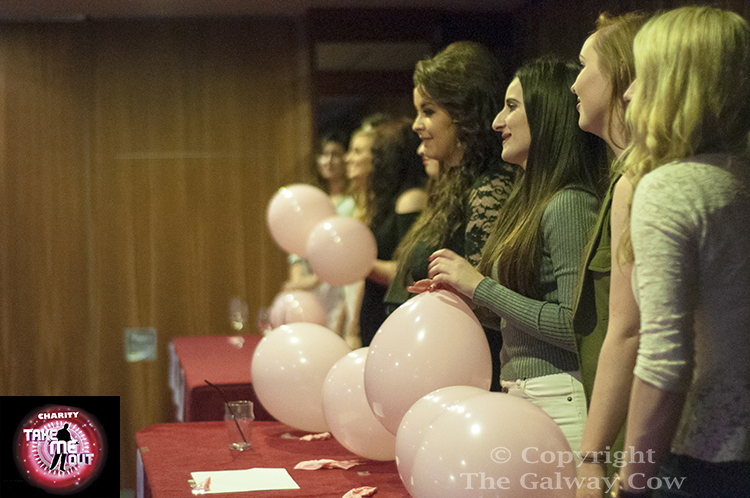 Shearing sheep and wrestling bears are facets of the first chap up who attempts, and succeeds, to woo the ladies at Saturday night’s Take Me Out in the Clayton hotel, Galway, in aid of Crumlin’s children’s hospital. His name is Owen and here he is enjoying his date. 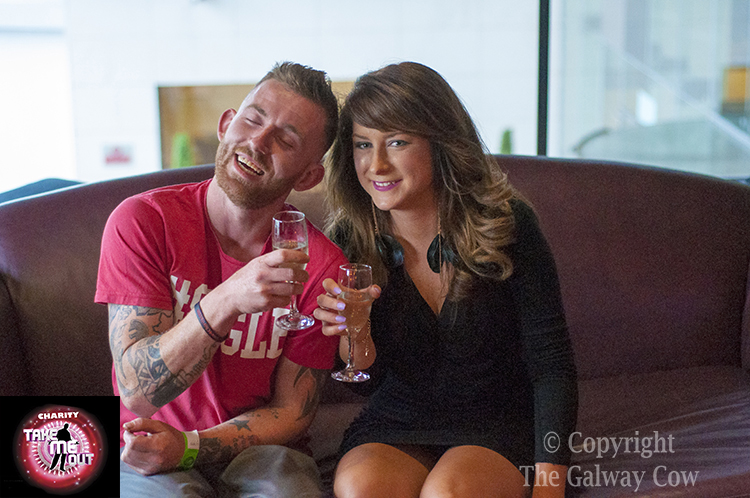 Parading around the stage full of wit and cheer is born performer MC Eoghan Ó’Loideáin. He is a top calibre personality that exudes confidence, charm, & hilarity in abundance and enhances the atmosphere tremendously. 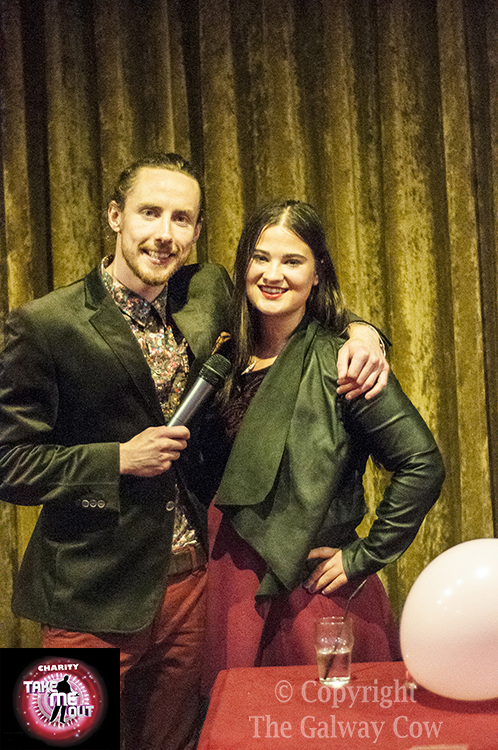 The second chap up, Eoin (who knew the name could be spelled in so many different ways?), despite a remarkable gift of the gab, ends up doing the walk of shame and finds himself sitting in the corner alone. Afterwards asking him how he feels, I am told: “You must never interrupt a man when he is making love to his pint.” 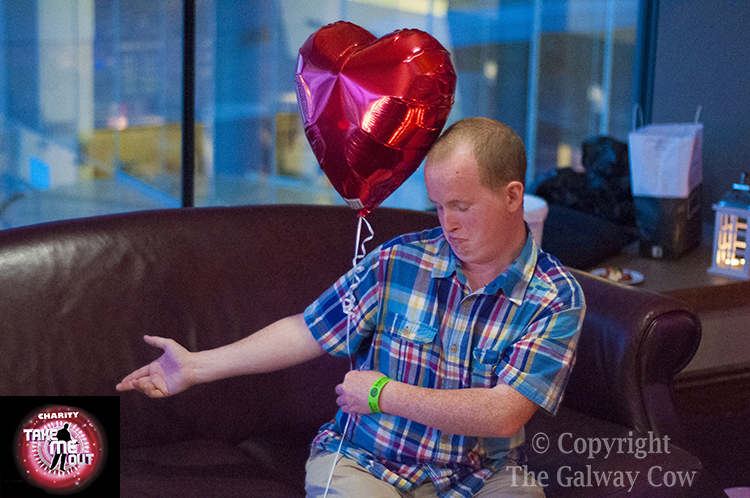 Dr Phil, a trainee doctor, is the next up, but in spite of what is no doubt a dazzling career ahead of him, and a demonstrable ability to pump chests he, sadly, fails to woo any of the night’s beauties. 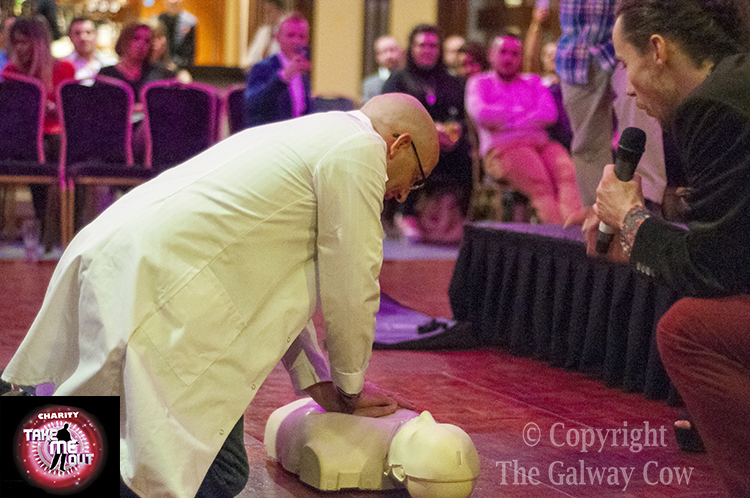 The next chap up, Kieran, has all the balloons burst on him on account of very carelessly talking about having worked in a bar and his psychological interpretation of women based on what they choose to drink. Clearly, the man is a social scientist, but the ladies are far from impressed when he describes their drink choices as being indicative of how well they look after their waistlines or their readiness for certain post-night-out activities. Tragically, all balloons are burst in rapid succession. 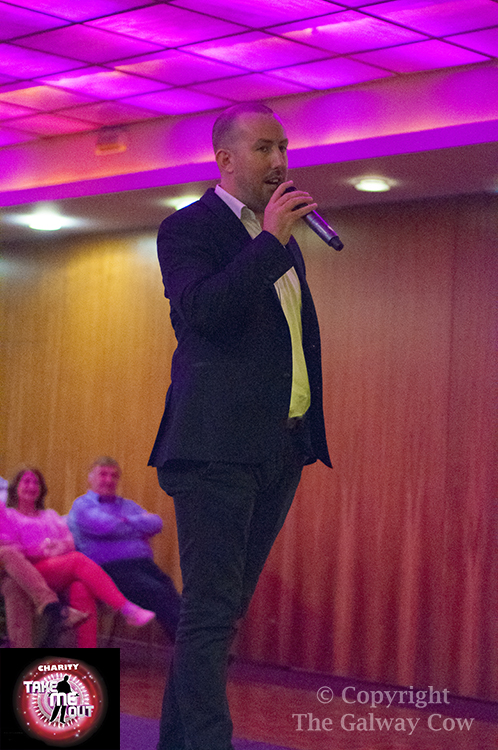 The next gentleman up is a rather dashing farmer called Niall who has his pick of the night’s beauties after showing a video of himself working on a farm and none too subtly, in his underpants, reveals that he has a very large spanner. I’m not being metaphorical here. He actually had a large spanner. 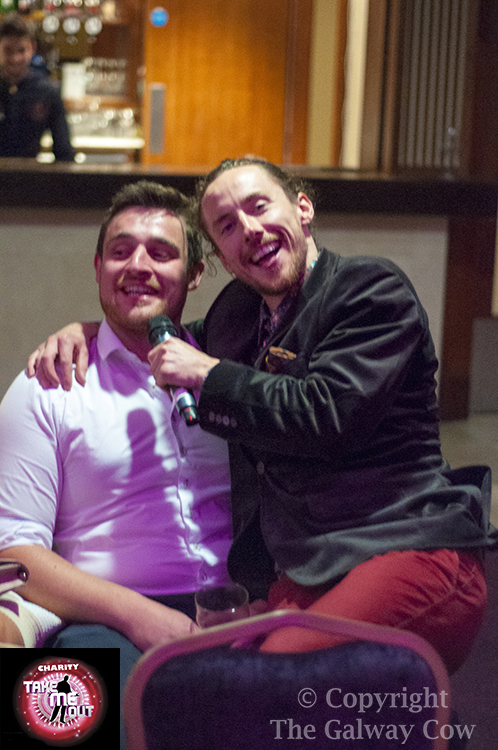 Making it to the final round, he was clearly a big hit with the beauties and I don’t believe any of them popped their balloons. Upon asking “How would you change a head gasket?” and getting no satisfactory answer from anyone other than his male assistant (it’s hard for a man to burst so many balloons by himself), he bursts all the ladies’ balloons and goes off on a man-date instead. And why not? 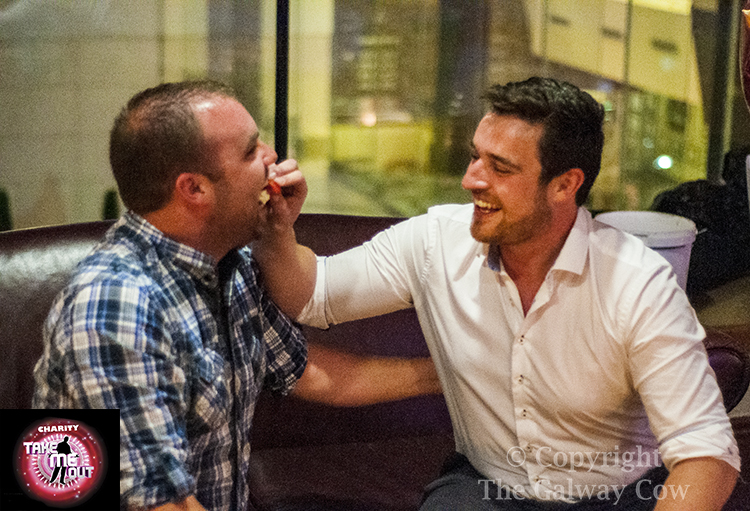 The last character of the night, a gentle and unassuming looking chap named Mindaugas, woos some of the ladies when he wrenches off his shirt in what is almost like David Banner’s transformation into the hulk without the greenness. 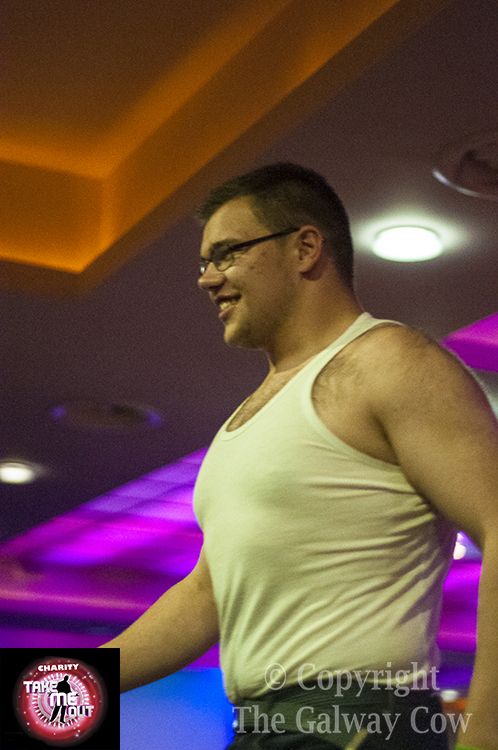 The last event of the night is a raffle and I chance talking to a distraught contestant number two who is sombrely sipping his pint. He philosophically says, “Sometimes you hit the floor, but it’s worse when the floor comes up and hits you.”

Moments later, strangely, a random fellow hands him a large stack of raffle tickets and, convinced he will doubtless win a prize, he instantly sports a smile typical of a man sure of WINNING! 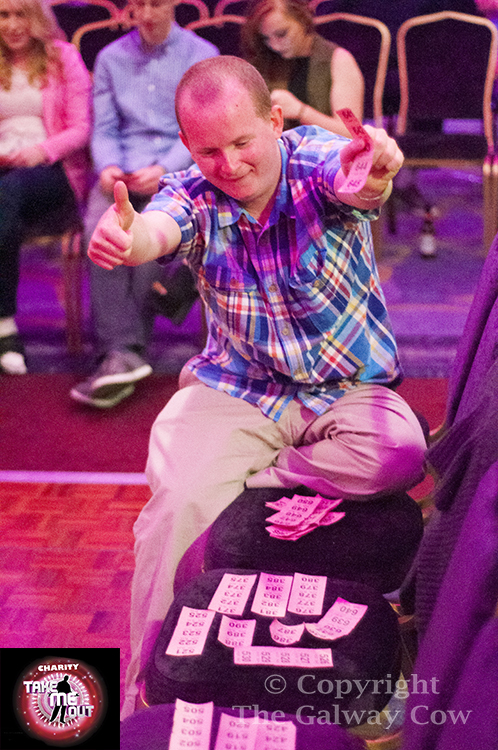