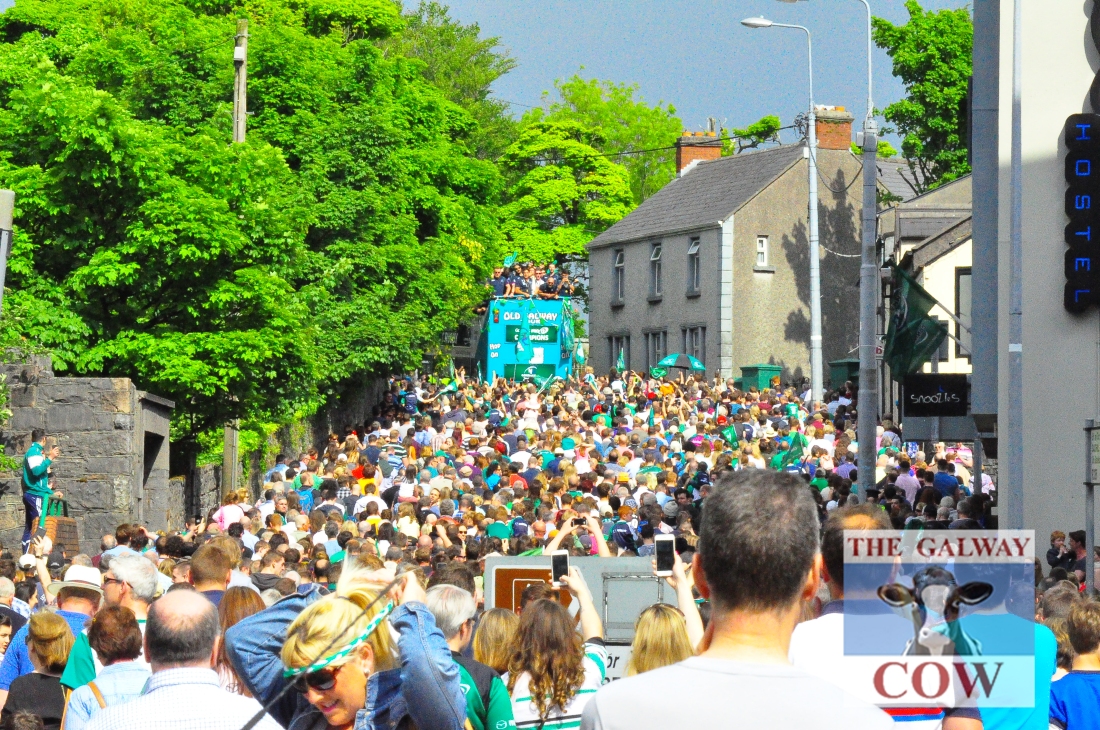 Tired from battle, the boys returned to Galway to a hero’s welcome. Under the yoke of defeat since many years before the 1916 Rising, these chaps are heroes of the same calibre of Michael Collins when he fought the Brits, King Leonidas when he fought with his 300 against the supposedly immortal Persian armies, or indeed Rambo when he freed the POWs in Rambo First Blood: Part 2. Yes, I’m aware that Rambo was just a movie, but heroes are heroes and that’s all there is to it.

From the elevated heights of a Galway tour bus, many of the boys saluted the enthusiastic and excited crowd while a few of them were so absorbed in their own godliness that they had to be sure and capture themselves with their iPhones. And who could blame them for this demonstration of self-admiration which was more important than waving to their adoring fans? Isn’t a sense of superiority crucial to being a winner? One wouldn’t win much by feeling inferior, that’s for sure. 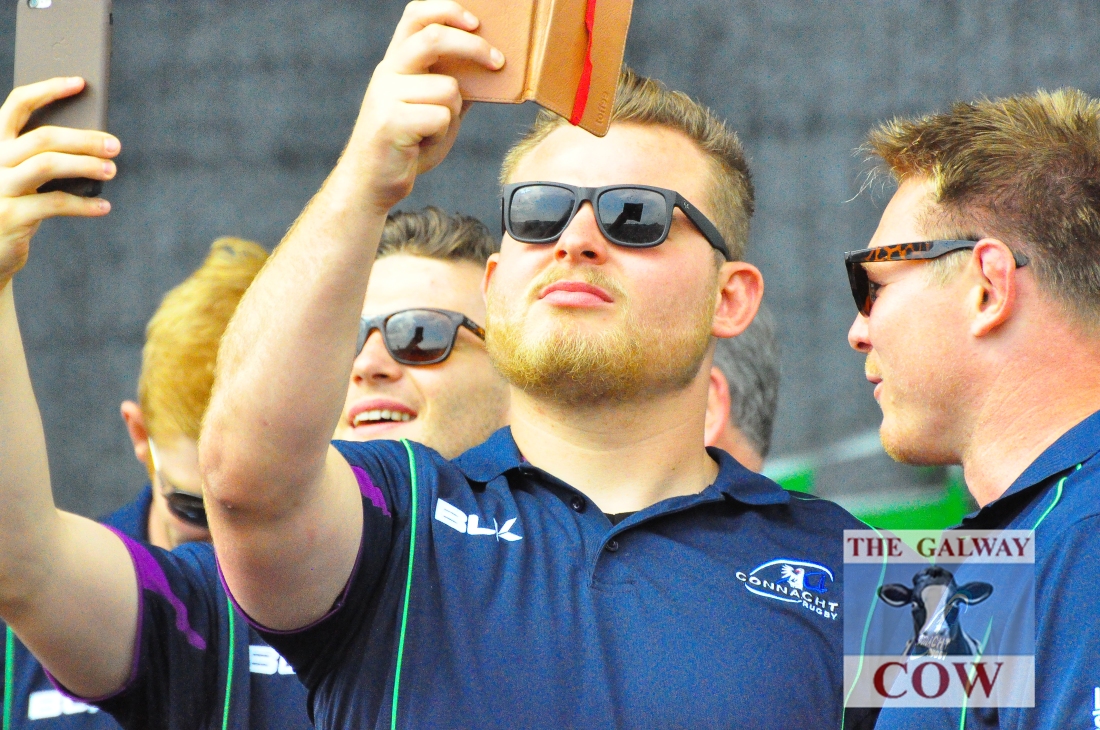 Back at the College Road stadium there was a wonderful sense of joviality as each team member was individually praised by New Zealand born coach Pat Lam and triumphantly hoisted the trophy above their heads. 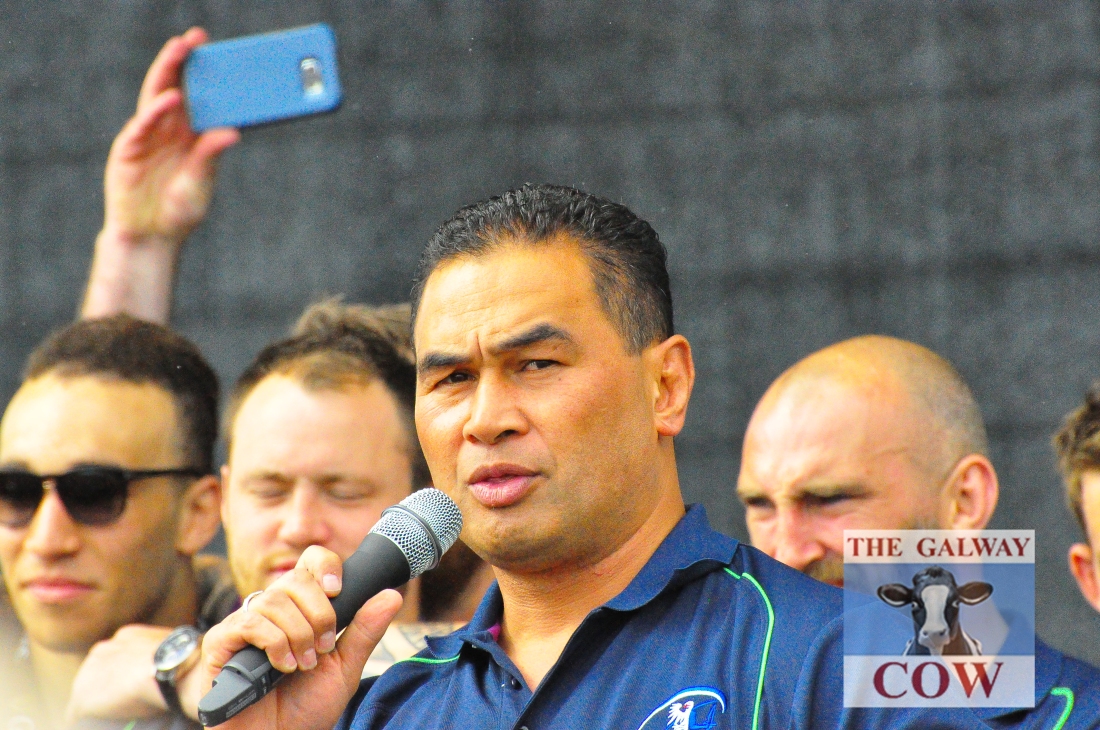 The welcome ceremony concluded with player Ronan Loughney treating us all to a verse of The Fields of Athenry.

But the celebrations didn’t end there, oh no. Many of us mere mortals had the pleasure of experiencing their company in some of Galway’s finest public houses, such as The Dail and The Front Door. 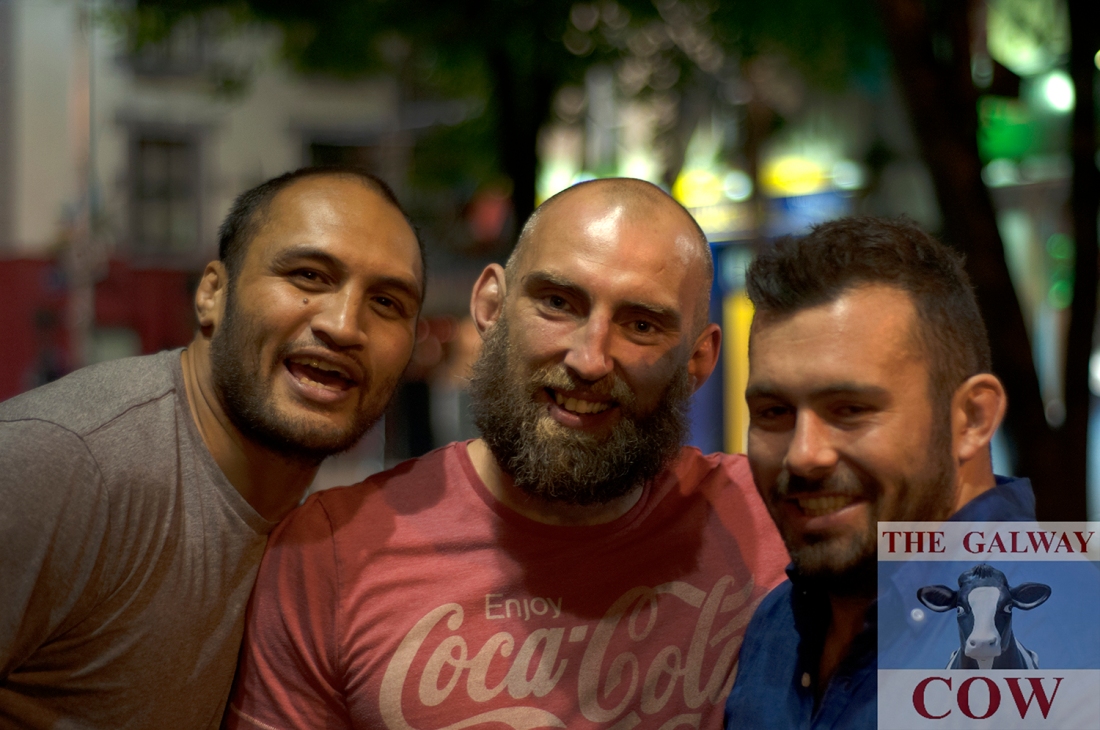 Women queued up for the opportunity to get close to these triumphant gladiators, and why wouldn’t they? These men are the alpha males, the silverbacks of the human world, and have a near godlike status among us common men.

To conclude, I’d like to say thanks for the photo opportunity, guys. Enjoy your post-race celebrations and drink hearty, for on Saturday night ye gave ’em hell!