As the bus pulls up in Ballina, Co Mayo, the first thing I see is an abandoned looking building that has an old style bike and till in the window and so when off the bus I back track and then spot a sign for The Four Maols Dolmen which is just a little way up the road. (Photos on Facebook: #1, #2)

Local tradition says, according to a sign I read beside it, that it marks the site of the burial of four brothers, The Four Maols, who murdered a bishop who had renounced the king of Connacht. They were subsequently buried here, after being executed for their crime. The Dolmen itself is thought to date from around 2000BC. (To read more on this Dolmen visit: voicesfromthedawn.com).

After taking a few photos of this I go for a little wander through the town and decide to follow a sign for the famine workhouse. As it turns out, most of the workhouse was knocked with a district hospital built in its place. I take a quick snap of what is left and potter onwards up the road, taking a right where there is a pony tied to the gate of an empty playground. He’s a friendly little fellow and has a lick of my lens when I try to photograph him.

Beside this is a famine monument which marks the spot of a mass grave and has a couple of nice benches around it. I can just imagine parents sitting there of a summer’s afternoon, keeping a watchful eye on their kids and perhaps taking time out to contemplate all the dead bodies of wretched, nameless souls buried beneath their feet, or perhaps not.

My head lost in silly musings, I spot a spire which I suspect is the town Cathedral and so I enquire of a passerby if I am correct. He looks at me queerly as if I am half daft, and maybe he isn’t wrong, and says, “Yeah,” and explains, “they say mass there and stuff.”

“Oh right,” I say, as if the idea of saying mass in a Cathedral was a novel concept to me, “thank you very much.”

Upon taking a few photos in and around the Cathedral, I then investigate the ruins of a friary beside it. According to the sign, a 1536 Act of Parliament, under King Henry VIII of England, enacted the dissolution of monasteries Ireland with many becoming unoccupied and destroyed shortly thereafter.

The next thing I visit is a statue which commemorates the arrival of General Humbert from France who arrived on 22nd August 1798 with 1,019 soldiers to join a band of rebels in a seemingly endless fight against the British. Maud Gonne, the subject of many of poems by the famous poet Yeats, laid the first foundation stone in 1898. Anyone who went to school in Ireland will recall that Yeats was obsessed with her and lived perpetually in a state of unrequited love. Upon declaring to her that he wasn’t happy without her, she said, “oh yes, you are, because you make such beautiful poetry out of what you call your unhappiness.”

My last stop of the day is to Belleek Woods and on the way I pass a whiskey distillery and pop in for a quick look and a wee sampling of the produce, it would have been rude not to.

Belleek was the original name of the town of Ballina and is, I believe, where the woods gets its name. A home to much wildlife, the river Moy runs alongside it and a little along the path to the right is a boat called the “Creteboom” which was brought to the Moy in 1937 with the intent of using it as a “sand stop” and its wreck has been parked in the Moy ever since. The unusual thing about the boat is that it was part of a fleet of tugboats made of concrete around World War 1 due to a shortage of steel at the time.

Having spent most of the day chattering to the good folk of Ballina instead of taking pictures of them, I back to the Dolmen where I started so as to capture it in the soft light of the sunset.

A warm, pleasant day when compared to my other recent outings, I took lots of photos of abandoned houses/disused business premises. Somehow such premises are less threatening and I kind of think it’s interesting taking pictures of what was there that isn’t there anymore if that makes sense. Plus, people don’t like when you take pictures of inhabited houses, especially if they are inside the window naked or something (joke. I don’t actually indulge in this kind of perversion and felt the need to point this out for those of youse inclined to take things a bit too literally).

1. Purchasing prints of my work here.

2. Donating to my fundraiser for new equipment here. 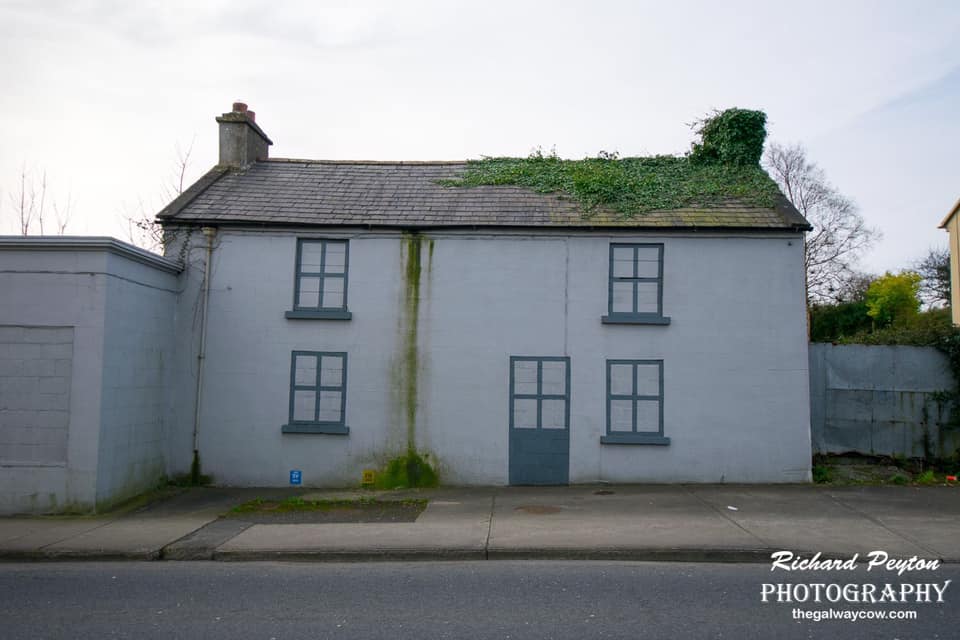