Often feeling lost, I decided that this weekend I would try and find myself so I go to Loughrea for the last day of the three day Tara Energy Festival. It’s a drug and alcohol free event and so I shall have no way of overcoming any sense of social awkwardness that one sometimes feels amongst a group of people that one has never met before.

The event is taking place in a field and those in attendance are encouraged to bring vegan food to share which isn’t supposed to contain things like garlic or onions as such things, in Buddha belief, are thought to excite the senses.

My plan on going here is to learn as much as I can, and possibly explore spiritual realms I have oftentimes neglected. I have no idea what to expect and so am rather excited to choose this over the other ten or so events I would have liked to attend today.

The host of the event, a lady called Moinin, gives me a guided tour of the field and points out things like a discussion tent, a tent which contains very colourful looking lion props that are used in traditional Chinese culture, and a compost toilet tent. 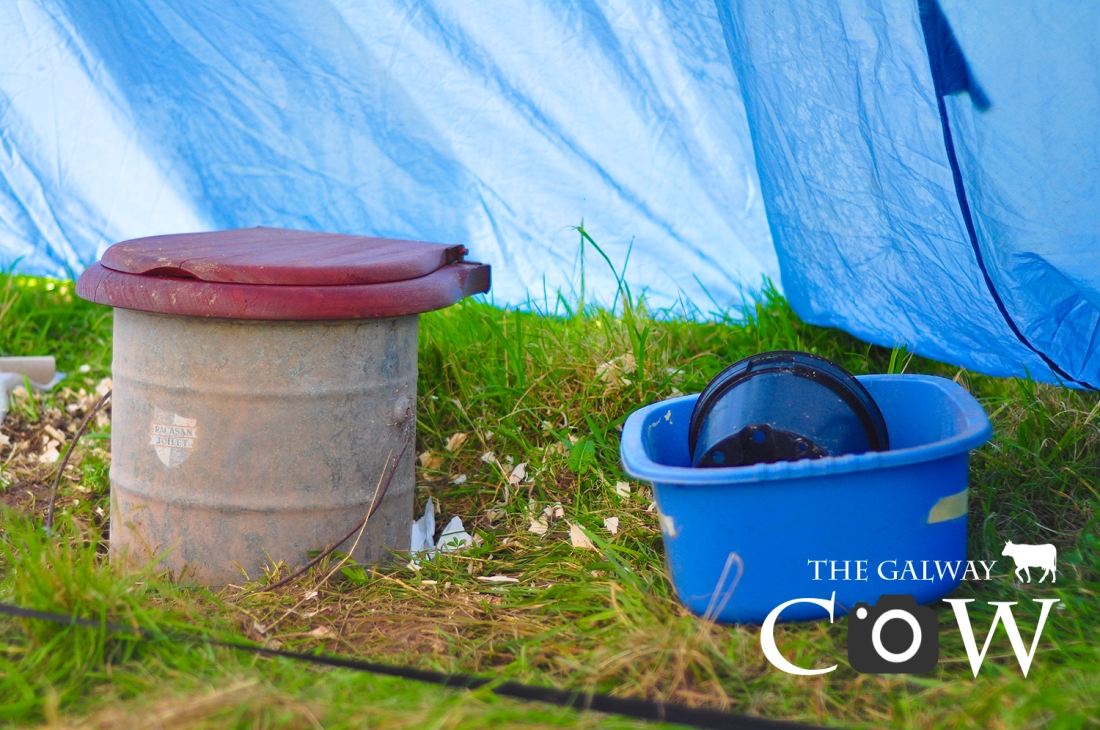 I ask Moinin if I can photograph the props and am introduced to a Dutchman called Willem Akkermans who enthusiastically explains to me the origin of the Chinese tradition of using them.* Willem moves rather gracefully while explaining the cultural origins and physical use of these costumes and I suspect he may be a practitioner of martial arts. As it transpires he is an instructor in Kung Fu, Tai Chi and Qi Gong and so I ask him if he’d mind posing for me, he doesn’t, and the poses are terrific.

Subsequent to this he performs some drumming and enlists several other attendees who do a charming little display for me, which I captured on video.

Shortly hereafter I’m introduced to Cork native Gerard Banks who talks with an infectious enthusiasm about his endeavours in Cork. Among his achievements there are securing access to drinkable water for homeless people and setting up an annual event called Messages in Water which involves people getting together around a lake and holding hands so as to kindle a community sense of positivity not only in and for the attendees but also in the water of the lake which is the source of drinking water for the community there. His intentions are to create similar initiatives in Galway and he is passionate about the power of the people and talks rapidly in a lyrical Cork accent in a way that is both inspiring and punctuated with a delightful sense of humour. 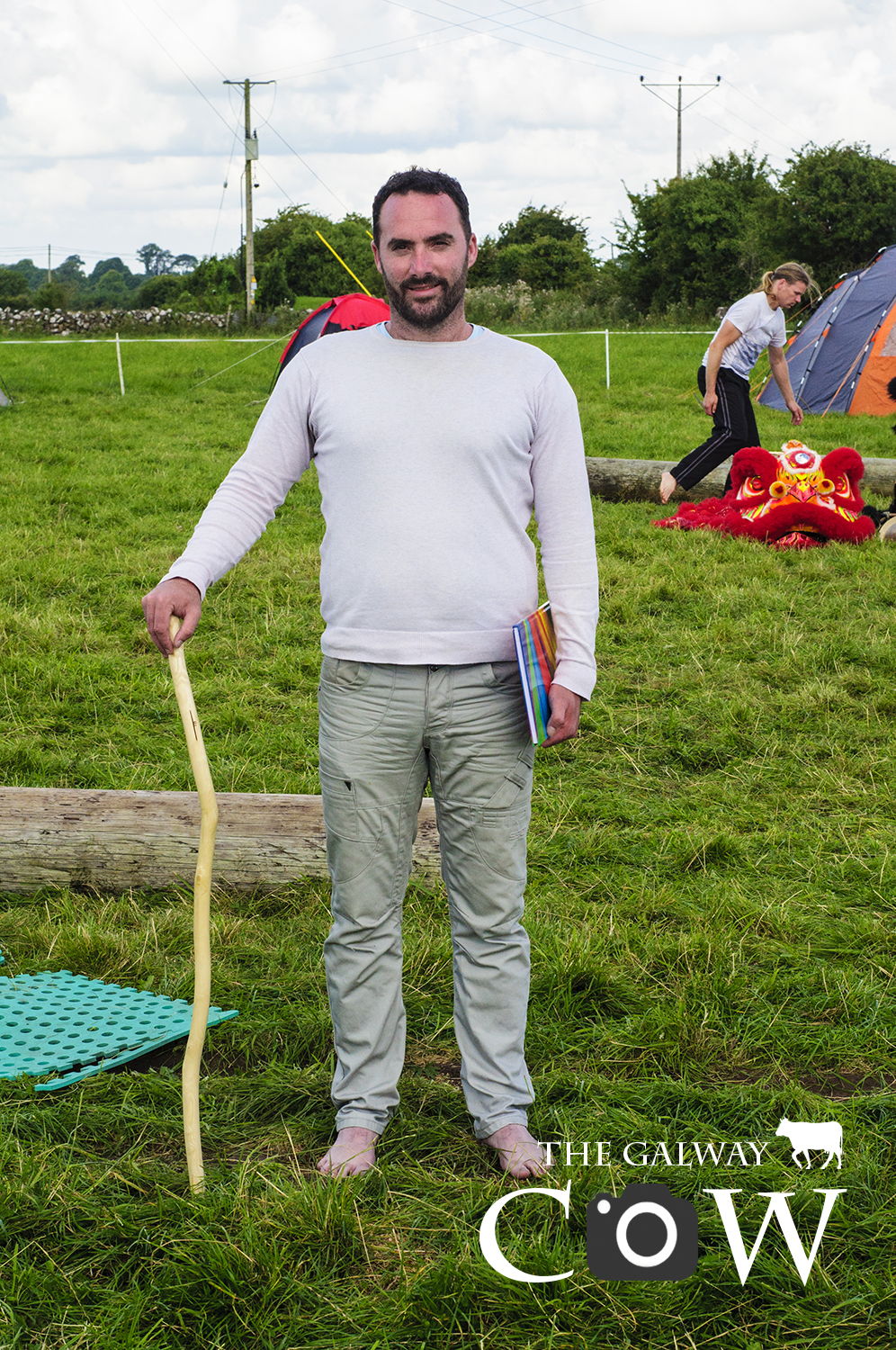 After speaking with Gerard, I listen to many interesting and engaging speakers on the topics of environmental and sociological concern and am impressed by the enthusiasm and eloquence of all those who speak. Topics range from Shannon Airport protestors to making life better for refugees with the central thread weaving through the fabric of all being one of people working together to make Earth a better place for everyone that dwells here.

I arrived at this event around 11.30AM with the intention of leaving before 1PM so as to make it to the Medieval Festival in Loughrea. However, I repeatedly find myself deciding to leave and then unwittingly, in the next instant, I am absorbed in listening to what various people have to say. A sense of calmness, positive intention, and love pervade the air, and so I end up staying several hours more than what I had originally intended.

Last, but not least, I must mention Jinho Shi who is a nun and Buddhist Monk with a calm and gentle disposition. She invites me to join the group for a vegan dinner before which she sings in a language I do not understand but the tones are  so soothing that I feel like all the weight of the world leaves my body for a moment and it is quite lovely.

I said at the start of this post that I went to this event to “find myself” but that seems silly to me now. At the Loughrea Tara Festival what I found was a powerful sense of community without which one is nothing; without which life makes no sense.

On departure, feeling rather light and peaceful, I somehow manage to get completely lost when trying to find my way back to the motorway to get back home to Galway city. But the good thing about getting lost is the joy one feels when one finds oneself again.

2. Purchasing prints of my work here.

3. Donating to my fundraiser for new equipment here.

“In traditional Chinese culture, the lion, like the Chinese dragon, was only an animal which existed in myth, and there were no actual lions in China. Before the Han Dynasty (202 BC – 220 AD), only a few lions had reached the Central Plains from the western area of ancient China (now Xinjiang), due to Silk Road trade.

At that time, people mimicked the appearance and actions of the newly arrived lions in a performance, which developed into the lion dance in the Three Kingdoms Period (220–280) and then became popular with the rise of Buddhism in the Northern and Southern Dynasties (420–589). In the Tang Dynasty (618–907), the lion dance was one of the court dances.

After that lion dances continued to become a popular performance among the people, to pray for good luck during the Spring Festival or during other celebrations.”