Arnold Schwarzenegger, Sylvester Stallone, Bruce Willis, Jean Claude Van Damme and many others epitomised the definition of hero for me when I was growing up. However, rather than finding these guys inspiring, I found they actually filled me with huge amounts of insecurity as I recall thinking that I could never be the one-man-army that a hero is required to be in the unlikely situations that these ‘heroes’ always found themselves in. I remember feeling very rebellious watching these VHS movies with the 18’s certificate in white numerals on a red circular background. The red colour elicited a sense of doing something a bit dangerous by watching it. 18 is so old, I thought then.

Now that I’m a bit older my definition of what a hero is has changed dramatically and I meet heroes regularly. Heroes are everywhere, you see.

A particular hero I encountered this weekend is a self-styled adventurer called Gavan Jean Paul Hennigan who I knew vaguely through a friend of a friend in my late teens. The fellow I knew spoke so enthusiastically and regularly about Gavan that I always thought of him as if I knew him very well, even though I didn’t directly.

Bouncing into the pre-triathlon Challenge Galway Expo on Friday, I was pleasantly surprised to see him proudly exhibiting his newly purchased rowing boat on which he says he “blew his life’s savings.” He’s planning to spend two months alone in this boat, in December, rowing the Atlantic as part of something called the Talisker Whiskey Challenge which is a 3,000 mile boat race across the world’s second largest ocean.

The first thing he did was shake my hand and give me a marker to sign his boat which was already adorned with countless signatures. Here he is:

I recently attended a talk with Gavan where he spoke about being on the brink of self-destruction in his late teens and early twenties. I shall not enter into it here, even though he is very open about it, because it is his own story and not mine to tell. Let it suffice to say that he transformed himself body and soul into a veritable force of nature that regularly undertakes adventures that are nothing short of thrilling to his legions of admirers.

His adventures so far have been quite incredible with one of his most recent taking him to the Arctic where he ran in and came second in the 300 mile Yukon Arctic Ultra marathon in sub-zero temperatures. His time was the second fastest in the history of the race. I have no idea how long that history is, for all I know it could have been the first ever race, but it sounds very impressive to me.

A few short weeks later, in March of this year, he spent over two weeks, alone, trekking 700 kms across a frozen lake called Lake Baikal in the Siberian region of Russia.

To see some amazing photos of his endeavours, I highly recommend you visit his Facebook page here.

He does a lot of fundraising for various charities, and has recently taken to talking about his expeditions to classrooms of children who have the pleasure of meeting a real-life HERO!

To conclude, here’s a photo of him pedaling furiously through Clarinbridge at Challenge Galway’s triathlon on Sunday.

Regardless of your gender, sexual preference, or species, I do not think there is any way you could not be unabashedly awed by this fascinating man-beast. 🙂 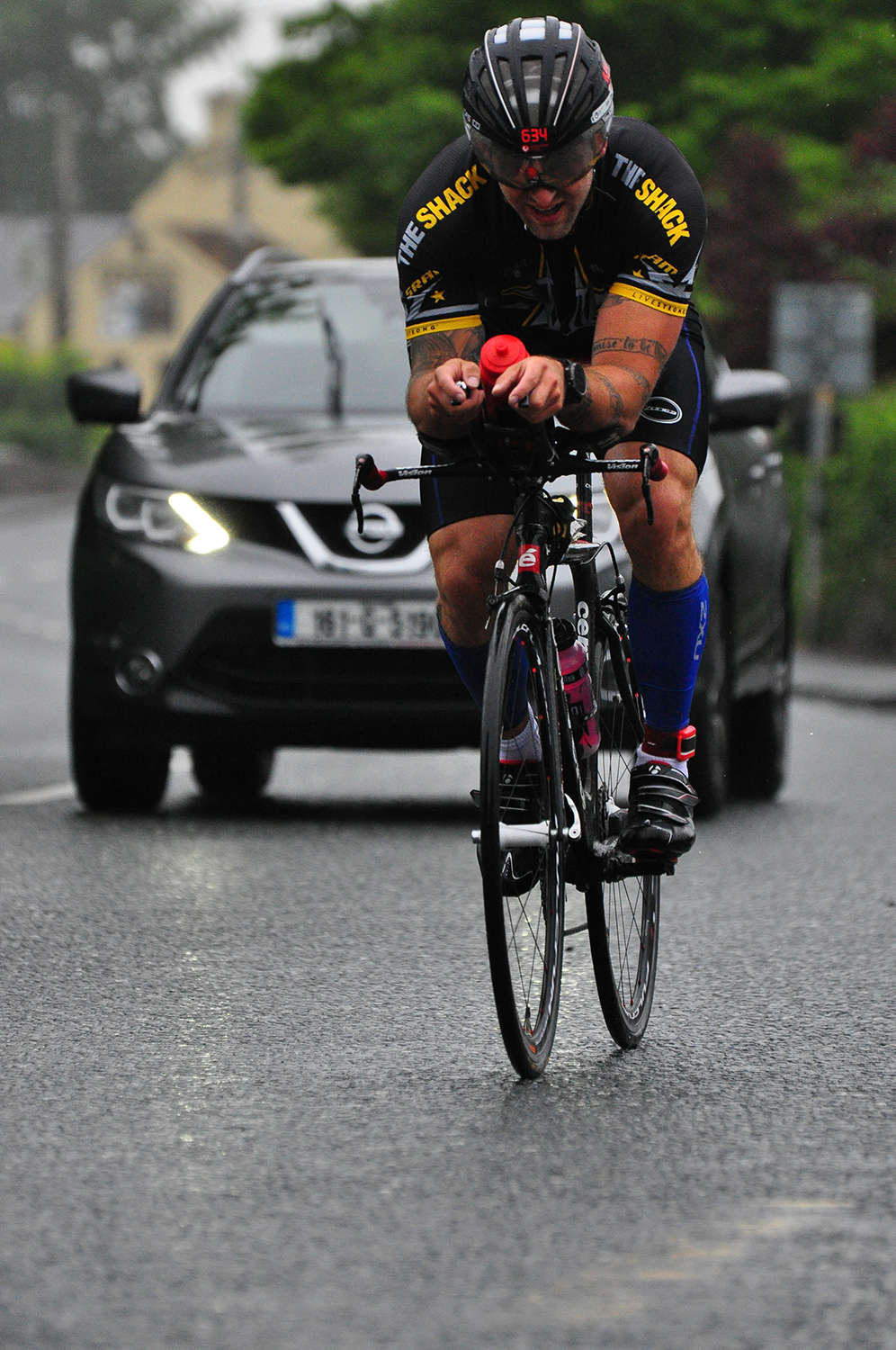